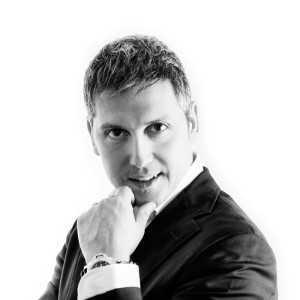 Born on 10th of August 1974 in Alessandria, Italy.
Graduated in Dental School at Genoa University as DDS in 1999. ADHESTHETICS founder.
EAED (European Academy of Esthetic Dentistry) Active Member since 2006.
AIC (Italian Academy of Conservative) Active Member since 2007. Vice-president from 2016 to 2019. President elect for the biennium 2022-2023.
SCAD (Society for Color and Appearance in Dentistry) Regional Councilor for Europe of for the biennium 2013/14 and 2015/16. Secretary for biennium 2017-2018. President elect for the biennium 2021-2022.
Member of the Editorial Board of IJED (International Journal of Esthetic Dentistry) since 2010.
AARD (American Academy of Restorative Dentistry) Member since 2014. DSD (Digital Smile Design) Master since 2013.
International speaker at dental congresses and courses in more than thirty Countries.
Other informations: National President of AISO (Italian Association of Dental Students) in 1997-99.
Trainer at the Dr. Massironi Prosthodontics Annual Master Course from 2004 to 2018.
Co-author of several Italian and International scientific publications including the book on Prosthodontics “Precision in Dental Esthetics” by D. Massironi, R. Pascetta, and G. Romeo published in 2004.
Active and Founder Member of MSC (Massironi Study Club) from 2007 to 2018.
Active and Founder Member of GICC (Interdisciplinar Gymnasium CAD CAM) from 2007 to 2016.
Visiting Professor in Esthetic and Restorative Dentistry in different Universities: Genoa University (IT), University of Pisa (IT), Insubria University of Varese (IT), Alma Mater University of Bologna (IT), Dental School of Torino (IT), CEU University San Pablo of Madrid (ES), University of Almeria (ES), Universidad Europea de Madrid (ES), New York University (USA), University of Washington in Seattle (USA).
Adjunct Assistant Professor in the Department of Preventive and Restorative Sciences in the Associated Faculty of the School of Dental Medicine of the Upenn University in Philadelphia since January 2020 until June 2022.
IAED (Italian Academy of Esthetic Dentistry) Active Member since 2011.
IAAD (International Academy for Adhesive Dentistry) Member since 2013.
Dental practice in Alessandria, focusing in Operative Dentistry and Prosthodontics.